In response to Greg Wilson’s challenge, I did a quick attempt at a Visual Abstract for a recent paper. 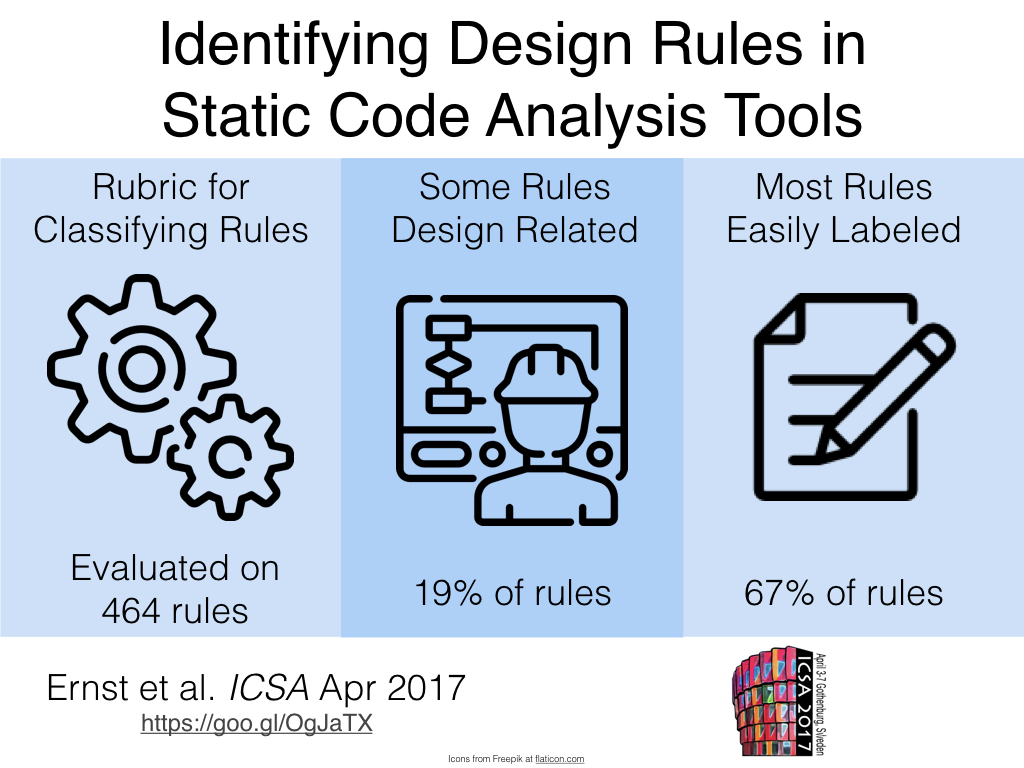 I think it turned out ok; it captures the core findings and presumably will prompt people to look at the paper. I’ve attached the Keynote slide I used in a repo on Github.

I’ve noticed more and more papers calling out contributions in special boxes, and bulleted lists in the introduction. I think this is great. One of my pet peeves is a reviewer who points out some trivial English error, but tolerates the total incoherence of the introduction.

Related to this is a visual portrayal of the methodology. This happens a lot in medicine, where lots of experiments are conducted and explaining complex cross-over designs is important. But you can see a similar example in Borg et al. 2017, below: 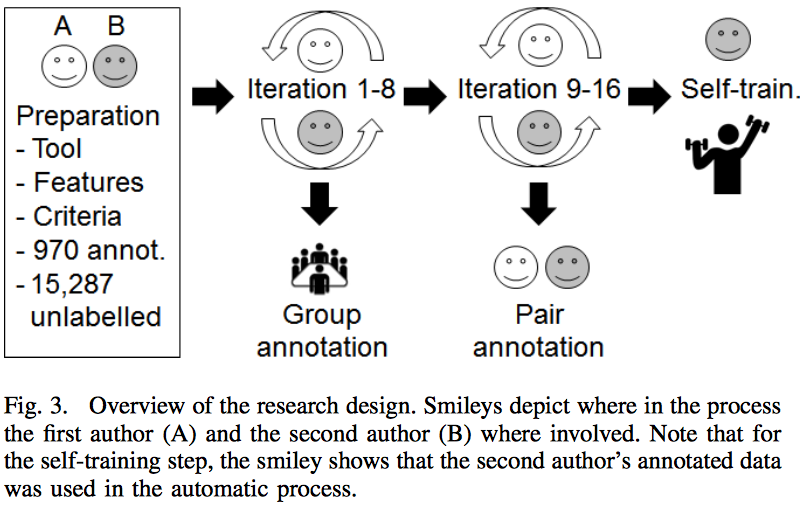 This explains how the study was conducted. Again, anything that can explain what is going on for a busy reviewer is helpful. Remember, in 2017 FSE reviewers seem to have reviewed 25-28 papers each. Expecting them to spend more than 30-45 minutes on each one is unrealistic. So make your time with them count!